The first step in any excavation is to establish an imaginary grid over the entire site. This grid is used to define the boundaries of excavations and to record the location of all finds. Once the grid has been established, any location on the site can be described exactly by a set of numbers called coordinates (you'll see examples of this later). At Occaneechi Town, the grid was laid out using basic surveying instruments: a transit, a stadia rod, and measuring tapes. Permanent reference points, used to re-establish the excavation grid each field season, were marked by steel pipes set in concrete, while key points in the grid were marked with large nails stuck in the ground. 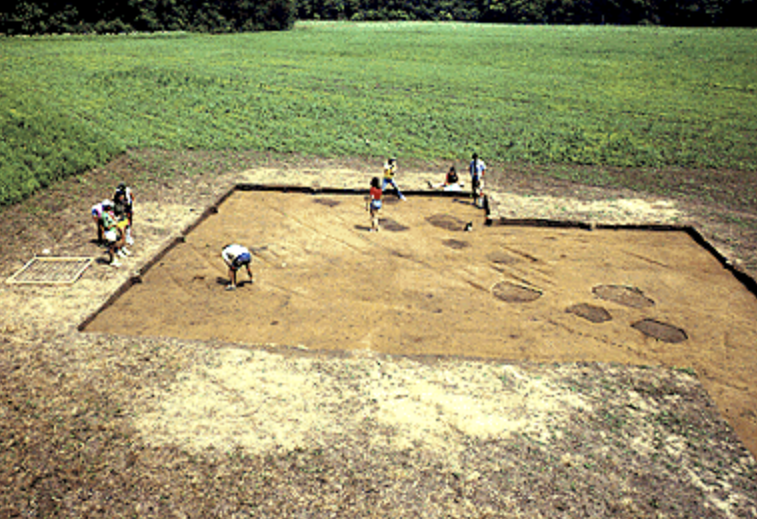 An excavation block at Occaneechi Town with plowed soil removed. The dark stains are archaeological features.

×
Some text in the Modal..
Click to excavate this feature!